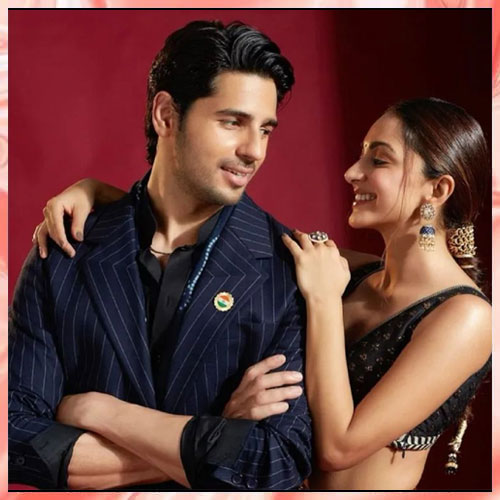 Sidharth Malhotra recently spoke about his upcoming project with rumoured girlfriend Kiara Advani.  It is reported that the 'Shershaah' co-stars will collaborate once again for an untitled project of filmmaker Shashank Khaitan's.

When asked about his and Kiara's upcoming project, the actor said, "As I said, all in good time. We want to make a certain announcement, in a proper way. As and when all the things are in place, it will be announced. So far, I think I have enough and more for my audience with a busy 2023, with three different big projects coming up."

Sidharth and Kiara are rumoured to be in a relationship for a while now. The two had collaborated on the 2021 film 'Shershaah'. Though nothing has been disclosed so far by them about their relationship, the rumoured couple is often spotted together at the airport, celebrity parties and dinner dates.

Recently, they were spotted at the airport as they went to Dubai to ring in the New Year. After returning to Mumbai, they even posed for paps.

The news about their wedding is also making a lot of headlines. Reportedly, Sidharth and Kiara are expected to tie the knot in February and they have booked the Jaisalmer Palace Hotel for the grand affair. The pre-wedding festivities including Haldi, Mehendi and Sangeet will be held on February 4 and 5.

On the work front, Sidharth was last seen in the film 'Thank God.' His upcoming projects are 'Mission Majnu,' 'Indian Police Force' and 'Yoddha’. On the other hand, Kiara was last seen in 'Govinda Naam Mera' opposite Vicky Kaushal. She is currently working on 'RC-15', co-starring Ram Charan.